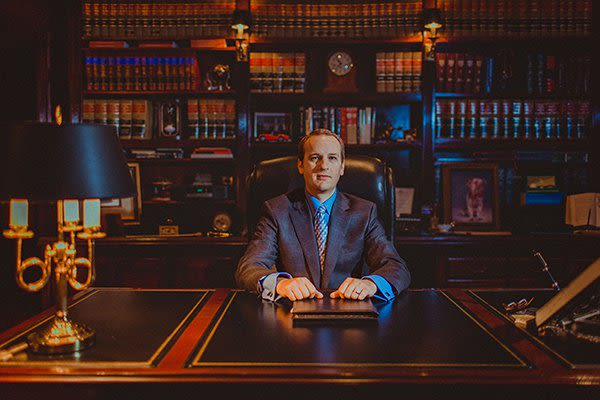 Caleb is a passionate trial attorney taking great pride in helping injury victims. His compassion is evidenced not only by his robust courtroom delivery but also by the way he genuinely listens to and cares for his clients. Caleb’s goal as a trial attorney is to make our community safer by holding individuals and corporations accountable for their dangerous conduct.

A zealous advocate for victims of dangerous conduct and consumer abuse.

Caleb represents injury victims, employees who have been discriminated against by their employer or harassed by a co-worker, and consumers who have been victimized by corporate fraud. Caleb has a knack for working with adversaries to negotiate a fair resolution of disputes. However, when the opposition is stubborn and unreasonable, he stands ready to fight for your rights and win your case at trial.

Biesterveld & Crook, LLC was formed in 2017 when Caleb partnered with his longtime friend Dustin Crook. Prior to joining forces with Dustin, Caleb owned and operated a solo law practice in downtown Olathe, Kansas.

Caleb was selected to the 2018 and 2019 Kansas and Missouri Rising Stars lists compiled by Super Lawyers. Only 2.5 percent of attorneys are selected for these exclusive lists.

In his spare time, you can find Caleb in the great outdoors hunting, camping, fishing, and golfing. He also enjoys gardening, grilling, watching sports, and spending time with his wife and two young children.